Africa, Gender Parity Is In Your Hands Now 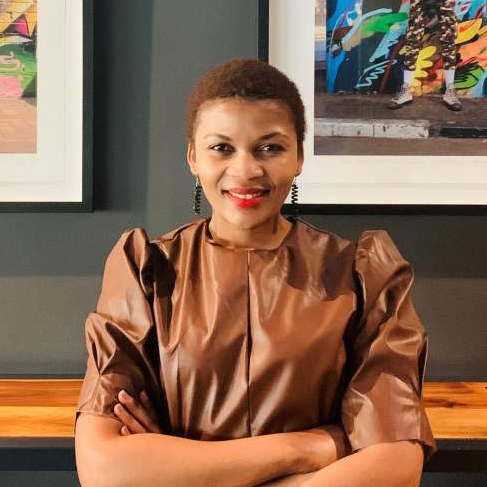 “It’s in your hands now” was a term used by the late President Nelson Mandela in 2007 when he was encouraging the next generation to take on the burden of leadership in addressing the battle against HIV and AIDS. Most recently, South African President and AU Chair, Cyril Ramaphosa concluded his speech in response to the fight against COVID-19 with the same words: “It’s in your hands now.”

I’ve been reflecting on this term and how it presents itself still true 13 years after it was first uttered by uTata Madiba. If anything, this pandemic has given Africa an opportunity to do just that. The informal economy makes up an estimated 34% of GDP in Sub-Saharan Africa (SSA) according to the IMF. In South Africa and Mauritius it contributes a staggering 25% – 65% of GDP every year. Of this, 89% is women-owned businesses. We will never achieve gender parity, if we only address the integration of women in the formal economy only.

Imagine if we empowered these women-owned businesses in the informal economy to digitize – street vendors, petty goods and services traders, subsistence farmers, and industrial services amongst others. Learnings from African eCommerce businesses, such as Zulzi and Kilimall to name a few, make compelling reasons to see both the high returns (and risks of course) of eCommerce and how, if anything, it could benefit the majority of women-owned businesses in the informal economy.

To quote Mpho Tsedu, Economist and CEO of the Institute of Foreign Affairs, “eCommerce maintains social distancing, and it has become the “go to channel” in most parts of the world to get goods to people’s houses in a safe and hygienic way during this time of lockdown. eCommerce makes a positive contribution to the economy, providing jobs to many, especially the small – medium enterprise sector which is becoming more reliant on eCommerce platforms to sell goods and will become even more reliant post this pandemic.”

eCommerce can also be accessed by anyone who has a mobile phone or a computer, and internet and this is not limited to an elite few. 91% of South African adults own mobile phones, 80% in Ghana, Nigeria and Kenya, 79% in Senegal, and 75% in Tanzania etc.

Granted, Africa’s infrastructure deployment for fast speed internet is still acutely underdeveloped. Nevertheless, a lot of companies are investing in the rollout of connectivity including in the townships and non-urban areas across Africa.

In addition, eCommerce also has a replica effect on the growth of other sectors. Over the past few years homegrown mobile money operators saw a leapfrog in profits and opened up opportunities for contactless card payment systems such as those offered by Yoco. In 2019, in South Africa alone, the eCommerce industry activated over 1.2 million deliveries in townships creating a township economy of start-up delivery companies, which also contributed to the transport manufacturing sector. eCommerce also creates opportunities for other specialisations to grow such as software development, AI and cybersecurity, data analytics to name a few networks that thrive under eCommerce.

To do this, we’d need to take matters in our hands by personalising how we empower these women-owned businesses to digitize and scale through eCommerce, what attorney and entrepreneur Mmuso Matlala refers to as Africanising incubation of businesses in the informal economy. Particularly where propulsion and development has been systematically disadvantaged and unfairly prejudiced.

As Africans, we need to cross boundaries on the knowledge and competencies we have. Tech skills should not be limited to the ICT faculty. These competencies should not be reserved for a few as they are an integral part of work and business. The process of learning and unlearning should be normalised.

About the author
Sonwabise Mzinyathi is an advocate for the use of technology to bridge the inequality gap, specifically for the most vulnerable in the community – women and children. She is the Acting Chair of the South African Women in ICT Forum, a Councillor on the Broad-Based Black Economic Empowerment ICT Sector Council and she owns an impact investment company, Source Creations.

3 thoughts on “Africa, Gender Parity Is In Your Hands Now”